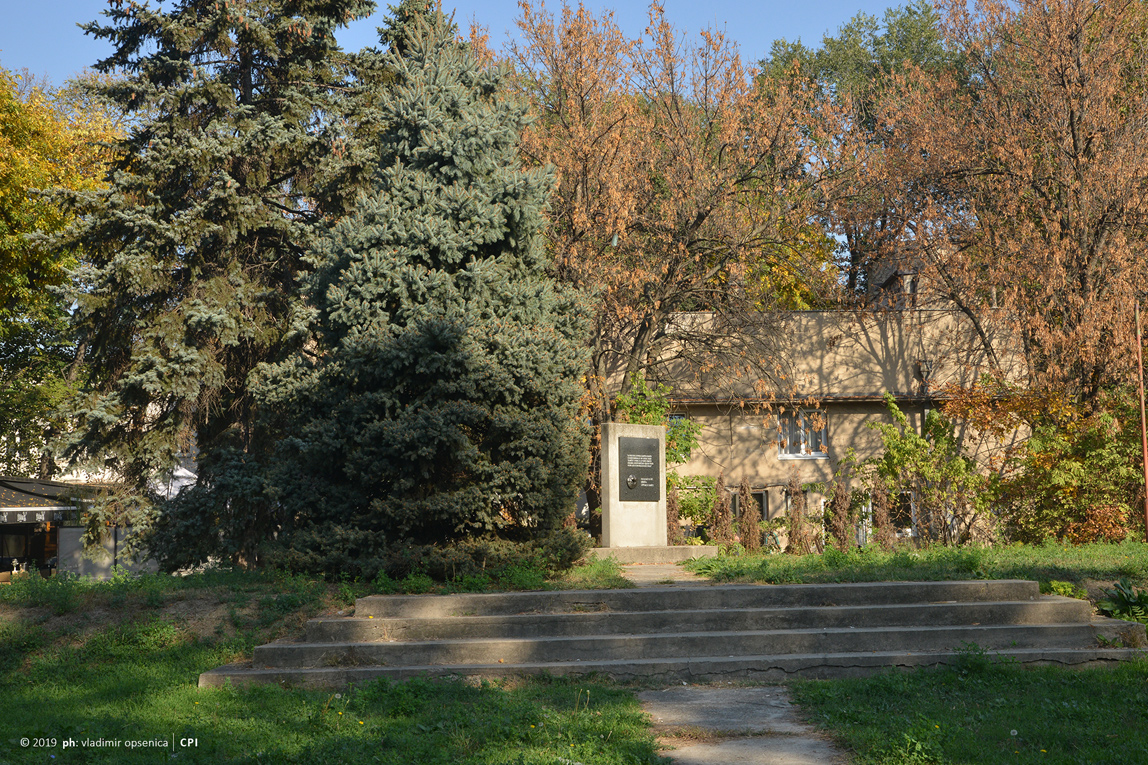 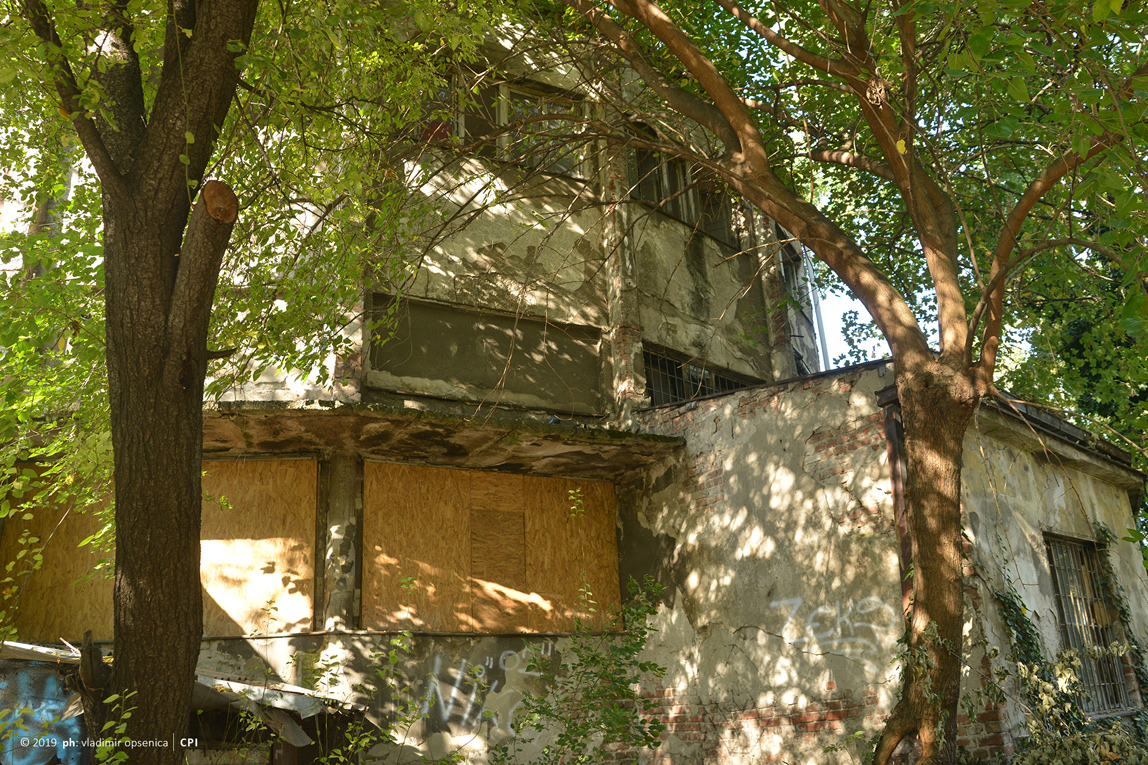 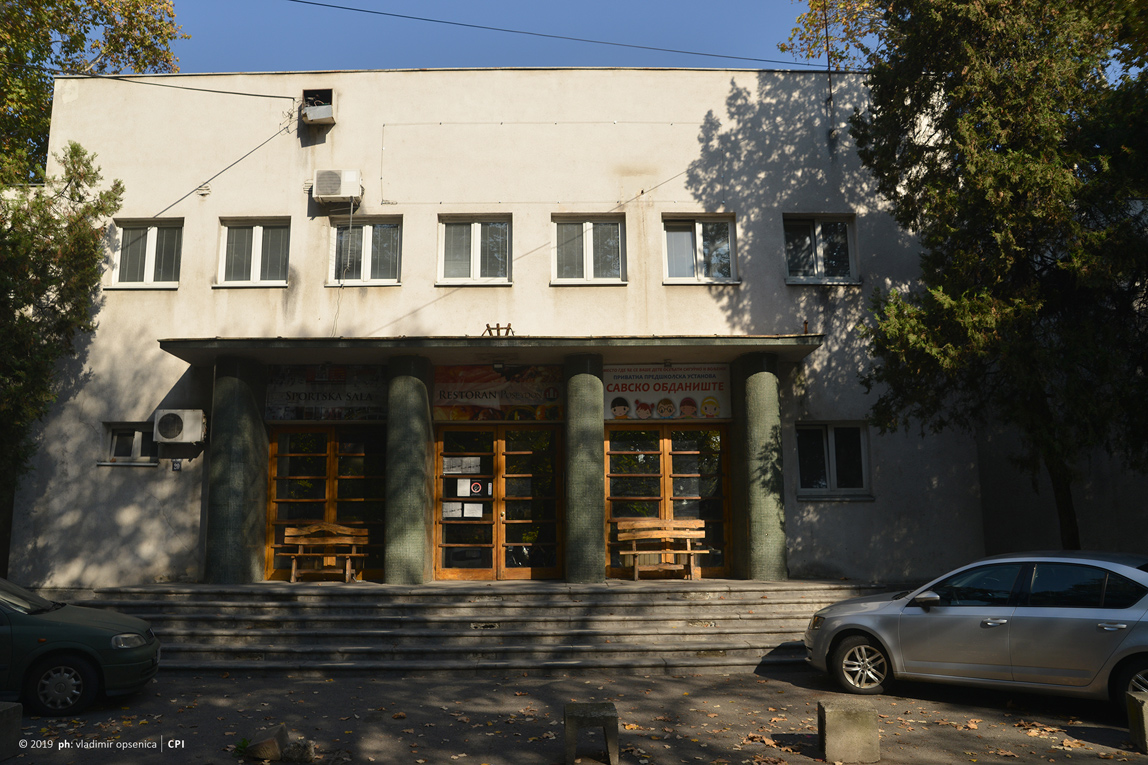 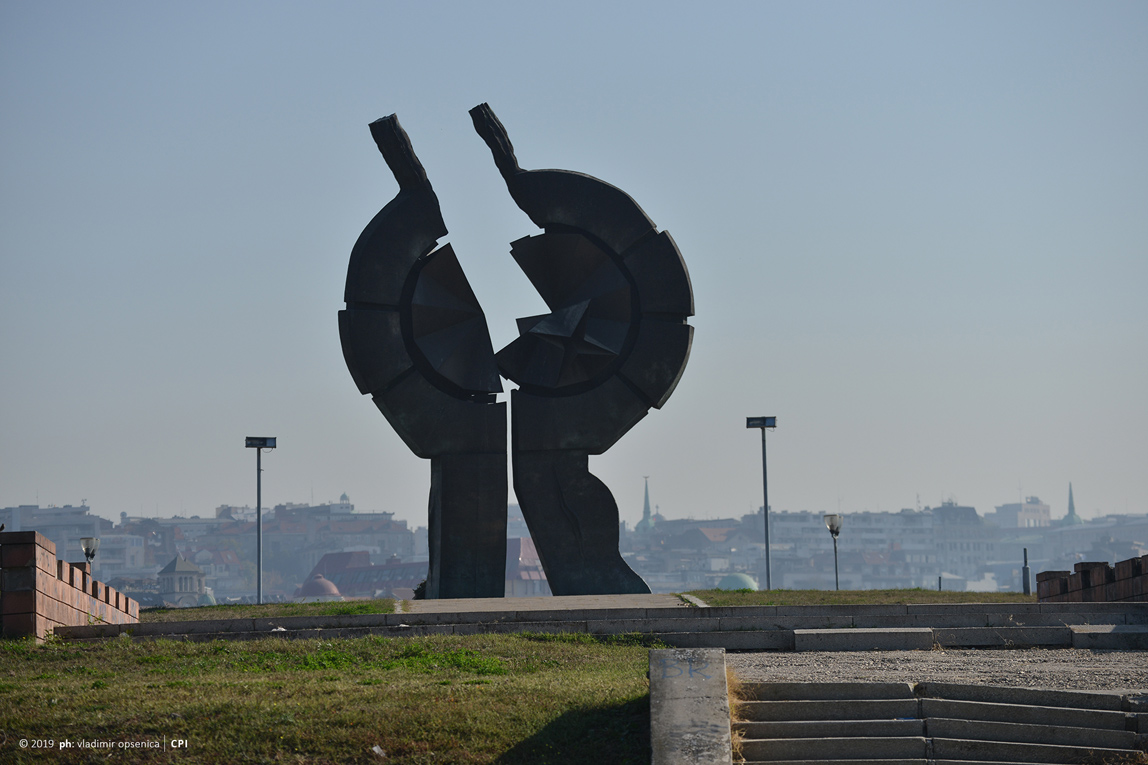 In the early 1930s, in the immediate neighborhood of the Yugoslav capital, on the left bank of the Sava River, there was only a large swampy area. The decision to build the Belgrade Fair there, as a symbol of the economic and technological progress of the Kingdom of Yugoslavia was made in 1936. Five Yugoslav pavilions were erected in a large area around the central tower: the Nikola Spasić pavilion, intended for the French and Dutch exhibitors, the German, Italian, Hungarian, Romanian, Czechoslovakian and Turkish national pavilions, while the construction of the Soviet pavilion began in 1940. Arriving at the fair from the magnificent King Aleksandar Bridge, the citizens of Belgrade were able to enjoy cultural events, as well as attractive exhibitions of some of the most prominent European brands such as Skoda and Philips, which would promote their innovations at the fair.

In the Kingdom of Yugoslavia, and especially in Belgrade, where they were most numerous, the Jews participated freely in daily life like other fellow citizens until 1940 and the first Yugoslav anti-Semitic orders which announced the subsequent events. With the German occupation of a part of the Yugoslav territory, followed by the establishment of strict anti-Semitic laws, beginning in April 1941, the Jewish population fell out of favor and a policy of complete dehumanization began to take place. The same laws applied to Roma, but above all to vagrants, that is, those who could not prove to have a permanent residence. Following their marking, confiscation of property, restriction of liberty, all kinds of discrimination and being sent to forced labor, mass arrests of male Jewish and Roma population from Belgrade and Banat began in August 1941. Men over the age of 14 were interned at the newly established Topovske Šupe camp. With the exception of 200-300 Jews, all the detainees in this camp were shot.

Under the German Racial Laws, the entire Jewish population, regardless of gender and age, was labeled as “an enemy that must be eliminated.” Thus, at the end of October 1941, after the original location in Sremska Mitrovica proved to be inadequate due to the marshy terrain, the decision was made to establish a camp at the former Belgrade Fairground. Women, children and all the remaining men of Jewish and Roma descent were to be housed here. According to the division of the territory of the Kingdom of Yugoslavia, the eastern part of Srem, including the area in which the Belgrade Fair was situated, belonged to the territory of the Independent State of Croatia. However, an agreement was reached that the administration of the camp at the Staro Sajmište, that is, the Zemun Jewish camp, should belong to a German military-administrative apparatus which took care of the camp’s procurement.

The first group of Jews from Belgrade was brought to the camp on 8 December 1941 across a pontoon bridge, since the King Alexander Bridge, or the Brankov Bridge as it is called today, was destroyed in the April bombing. While the first prisoners were arriving, the fair was still being adapted to the needs of the camp. The rehabilitation of the facilities and their securing was granted to the German organization Todt (whose camp was located close to the Staro Sajmište). The remaining group of Jews from the Topovske Šupe camp, who were transferred to the Staro Sajmište camp too, also worked on the rehabilitation of the buildings. The entire Jewish population from the territory of the German occupation zone soon found themselves in the camp and the number of detainees distributed in the former fair pavilions increased to about 7,000. Some 6,300 Jews and 600 Roma were among them. The preserved letters of Hilda Dajč, a young nurse who volunteered to assist in the camp’s clinic, sent to her friends, are a rare treasure and an invaluable testimony to the living conditions in the camp. Accommodation in a pavilion implied a square meter of space per person and a wooden bed sprinkled with straw. The kitchen, the toilets and the bathrooms were distributed in other buildings and prisoners could only go there within the timeframe provided. In addition to illness, cold and inadequate hygiene conditions, one of the causes of their falling ill was starvation, since the inmates’ diet was extremely inadequate.

The further fate of the detainees at the Staro Sajmište was long considered. The initial intention of mass deportation of detainees to the Eastern Front was a major logistical undertaking which led to the decision to implement the “Final Solution to the Jewish Question” locally. Before the establishment of gas chambers as a means of mass destruction in the occupied territories of Serbia, Poland and the Soviet Union, the victims were liquidated in hermetically sealed vehicles in which they were killed by carbon monoxide. The infamous gas vans had their pre-war history when they were used to kill the mentally ill in the process of euthanasia conducted in the Third Reich. Starting in March 1942, a Berlin manufactured Zaurer vehicle transported its passengers daily from the Staro Sajmište camp to their death. By May of the same year, when German authorities proudly pointed out that the Jewish question in Serbia had been resolved, with the exception of the Roma who had been able to obtain certificates of residence and about 50 Jewish women married to Christians, all the inmates had died en route to mass graves in Jajinci near Belgrade.

As the Jews were no longer in the camp, it was renamed the Zemun Reception Camp. Political enemies who were subsequently deported to labor camps in and outside the country were further detained here. About 30,000 prisoners passed through the camp, one third of whom were killed by various means of torture, through illness or exhaustion, which provides a clear view of the living conditions in the camp. The detainees of the Staro Sajmište camp during the second phase of its operation were predominantly Serbs, mostly from the territory of the Independent State of Croatia and Bosnia, but also Croats, Bosniaks, Italians, Greeks, Albanians and Jews brought from different parts of the former Yugoslav state. The Staro Sajmište camp was hit during the Allied bombing in April 1944, killing a number of inmates. The collapse of the German system was imminent and a few months before the camp was closed, its administration came under the jurisdiction of the Independent State of Croatia. The last detainees at the Staro Sajmište camp, just like in December 1941, were Jews. This time, they were Jews from Kosovo who were on their way to the Bergen-Belzen camp.

The memory of the Jews, as victims of the suffering in the Staro Sajmište camp, was present already in the early stages of socialist Yugoslavia. The best evidence of this is the construction of the monument to the Jewish victims of fascism, by architect Bogdan Bogdanović, at the Jewish Cemetery dating back to 1952 and the beginning of the construction of the Jajinci Memorial Park in 1951. The erection of the first memorial plaque at the site of the former camp in 1974, as well as the monument unveiled ten years after, aimed at glorifying the anti-fascist struggle, while the memory of the Holocaust was marginalized at the time. This trend continued over the following decade, when, dictated by the political and ideological aspirations of that era, the process of moving away from the Yugoslav heritage began. In line with such tendencies, one should reflect on the symbolism of the monument at Staro Sajmište, built in 1995, openly suggesting that it is a place of remembrance of the Serbs killed in the Independent State of Croatia. For a couple of years now, serious debates have been taking place in the Republic of Serbia that raise a broad range of issues related to the construction of the memorial center at the Staro Sajmište and the search for their answers is inseparable from the knowledge of the camp’s history and, most importantly, all its victims.