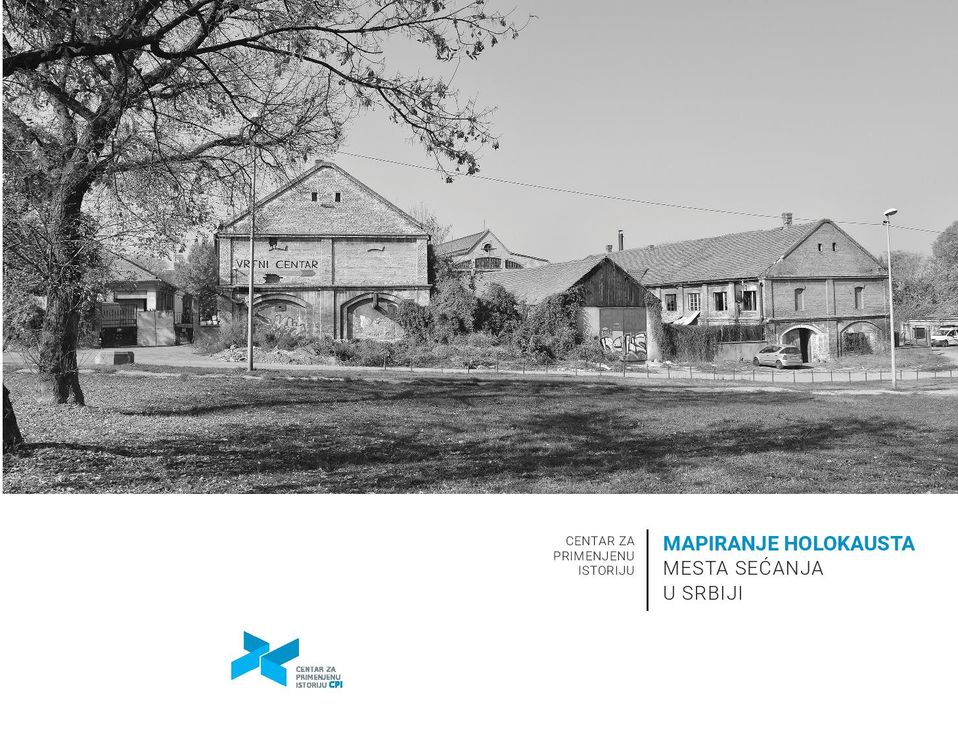 This publication comes as the result of a research conducted under the “Mapping the Holocaust: Places of Remembrance in Serbia” project supported by the US Embassy in Belgrade. Nine locations of concentration camps for Jews and Roma in Serbia during World War II have been mapped. A brief historical essay has been written about each of these places, containing essential information about the interned people, the command structure and the camp itself. The key sources – publications or archival material – have also been listed. Complementing the text are photographs showing the current state of the former camps, and, except in a few cases where they could not be found, historical photographs.

This publication has been conceived as a text to accompany the exhibition because it provides an opportunity to discuss more thoroughly the places that were, for thousands of people, the last destination prior to their death. There is also an aim to draw attention to their present state. In the era of the Socialist Federal Republic of Yugoslavia, museums were established in Niš and Belgrade (Banjica) on the site of the former camps, in memory of the people who were imprisoned there; memorial plaques have been placed or monuments erected in Zrenjanin, Bor and at the Old Fairground in Belgrade. However, in certain locations there are no marks indicating that concentration camps were located there. Of particular concern is the condition of the former Topovske Šupe camp in Belgrade where Jews and Roma were detained: it is planned to be demolished in order to have a shopping mall built there. This publication, therefore, is not only informative, it carries also a social function: by reading about the places where the camps were located and comparing their history with the present situation, one is compelled to reflect on the propriety of our attitude towards the Holocaust and the genocide against the Roma and the possibility of our changing it, upgrading it through new information and the desire not to let the suffering of the Jews and the Roma be forgotten.

Author of the publication: Emilija Cvetković

The project was supported by the US Embassy in Belgrade